As simple as it may seem, the treatment of wastewater is as diverse and complicated as the operations from which it comes. In today’s environment, where merely transferring contaminants from one medium to another is no longer acceptable, it is no surprise that a powerful oxidizer like hydrogen peroxide that looks like water — in its appearance, chemical formula and reaction products — should be so widely used. This is hydrogen peroxide (H2O2) — a powerful yet versatile oxidant that is both safe and effective in wastewater treatment.

Hydrogen Peroxide is one of the most powerful oxidizers known — stronger than chlorine, chlorine dioxide, and potassium permanganate. And through catalysis, H2O2 can be converted into hydroxyl radicals (•OH) with reactivity second only to fluorine.

Despite its power, H2O2 is a natural metabolite of many organisms, which decompose the H2O2 they produce into oxygen and water. H2O2 is also formed by the action of sunlight on water — a natural purification system for our environment. Consequently, H2O2 has none of the problems of gaseous release or chemical residues that are associated with other chemical oxidants. And since H2O2 is totally miscible with water, the issue of safety is one of concentration. Industrial strength H2O2 is a strong oxidizer and as such requires special handling precautions.

The fact that hydrogen peroxide is used for seemingly converse applications proves its versatility. For example, it can inhibit microbial growth (as in the biofouling of water circuits) and encourage microbial growth (as in the bioremediation of contaminated groundwaters and soils). Similarly, it can treat both easy-to-oxidize pollutants (iron and sulfides) and difficult to oxidize pollutants (solvents, gasolines and pesticides).

The reason why hydrogen peroxide can be used for such diverse applications is the different ways in which its power can be directed — termed selectivity. By simply adjusting the conditions of the reaction (e.g., pH, temperature, dose, reaction time, and/or catalyst addition), H2O2 can often be made to oxidize one pollutant over another, or even to favor different oxidation products from the same pollutant. 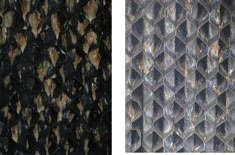 The unique properties of hydrogen peroxide (H2O2) make it a good technology for keeping cooling loops, process water loops and heat exchangers clean from fouling that can occur due to various contaminants in the water. 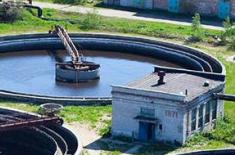 A Midwest wastewater treatment plant was struggling with problematic hydrogen sulfide (H2S) levels at two points within their facility arising from biosolids processing. 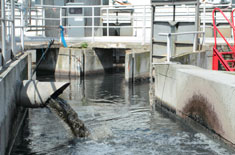 A field demonstration was initiated in February 2014 by the Suffolk County Department of Public Works (SCDPW) to quantify the impacts of Peroxide Regenerated Iron-Technology (PRI-TECH®).