The efficiency of hydrogen peroxide treatment depends upon the available reaction time, the level of iron in the wastewater (reaction catalyst), wastewater pH and temperature, and the initial and target levels of H2S odor. Under optimal conditions, effective dose ratios are 1.2 – 1.5 parts H2O2 per part dissolved sulfide, and can be reliably estimated through beaker tests.

Frequently, control of odors through the primary clarifiers is wanted. In such case, the mechanism of control is both direct oxidation of H2S (as it rises from the solids blanket), and prevention of odor generation (by supplying dissolved oxygen). Control is typically achieved with a booster dose of 1-2 mg/L H2O2 added to the clarifier influent. Higher doses or alternate modes of addition may be required in cases where: 1) hydraulic retention times are > 2-3 hours; 2) solids blanket depths are > 1-2 feet; 3) soluble BOD levels are > 200-300 mg/L; or 4) waste activated sludge is co-settled with the primary solids.

The most frequent obstacle to implementing H2O2 for headworks odor control involves providing sufficient reaction time. Although a minimum of 5 minutes is recommended, there are certain instances (where iron levels are > 2-3 mg/L) where 60-70% completion is achieved within two minutes.

It is also important to carefully define treatment needs hourly and seasonally, as this will greatly affect chemical demands. This has two aspects: changing sulfide loadings and changing levels of control. Because of reduced wastewater flows in the early AM hours and reduced temperatures in the Winter season, sulfide loadings during these times can be half of those during Summer afternoons. Similarly, different levels of control may be needed for different times of the day and year. Factors related to this issue include: 1) the relation between aqueous levels and atmospheric release (i.e., effect of wastewater flow on turbulence); 2) the relation between atmospheric release and ambient levels (i.e., effect of wind speed); and 3) the relation between ambient levels and odor complaints (i.e., effect of wind direction and outside activities).

The availability of supplemental odor treatment (e.g., odor scrubbers) will affect the economics of treatment in two ways. First, it will lessen the need to control sulfides to very low levels; and second, significant credits will be afforded by the reduced operating cost (chemical use) within the supplemental treatment device.

The evaluation process for headworks odor control is straightforward and reasonably accurate estimates can be made before progressing to a field study. The preliminary assessment involves two aspects: a review of facilities design, plant operating records and metereological data, supplemented with diurnal sulfide profiling; and a beaker study of the H2O2 – sulfide reaction within the wastewater matrix to determine the extent of removal at varying reaction times and dose ratios. This may be followed by a field pilot test to confirm the preliminary findings and to establish variable compliance criteria.

The following information will greatly assist in completing a preliminary assessment: 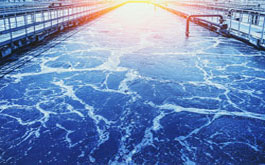 PRI-TECH® is an innovative combination treatment that integrates iron salts with hydrogen peroxide (H2O2) in a unique and synergistic fashion, resulting in cost savings and treatment enhancement compared to traditional iron salt use. 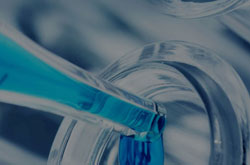